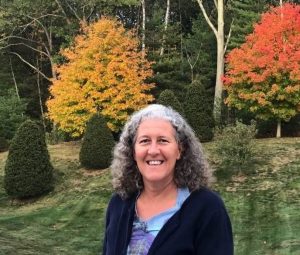 Welcome to MarriageCoachLynn.com.  I’m glad you stopped by!  For as long as I can remember, relationships have always been important to me, whether personal or professional.

Over the years, I’ve read hundreds of books on marriage, relationships and leadership. I’ve had thousands of conversations. I’ve seen patterns and I think I have a solid assessment as to what people want and what makes them happy.

I’ve published books on three main topics: public speaking, marriage and childbirth. I'm drawn to marriage because marriage is our most important relationship. Friends, bosses and acquaintances will come and go throughout our lifetime, but marriage is the one relationship that can bring great joy, if nurtured correctly.

My intent is to do my small part in bringing more sunshine into your marriage.

Would you agree that the health of the individual and his or her relationships can make or break our society? I desperately want to do whatever I can to make some type of impact.
​
I've hosted two podcasts, started  the “Your Marriage Matters  (YMM) Movement," and served as a Marriage Coach from 2010-2020. Please subscribe to my Youtube Channel: Marriage Coach Lynn and Rumble Channel (LynnGriesemer).  My Youtube Channel is the only channel that specializes on  marriages of 25 or more years.  I'll be focusing on writing books on marriage and childbirth for the next several years.

Are you ready to build an AMAZING marriage?! Are you ready to make your marriage great?! Then buckle up and prepare for liftoff because YOUR MARRIAGE MATTERS will take you on a journey to greater heights.

Ever since I can remember, I’ve been a marriage and family advocate. I understand patterns and I KNOW what causes marriages to fail and why they succeed. It’s not rocket science!

Listen regularly to YOUR MARRIAGE MATTERS with me, Marriage Coach Lynn and you will learn secrets, tips, skills and techniques that will help you strengthen your marriage, and in some cases, save it.

You can listen to the podcast episodes on Youtube Channel "Marriage Coach Lynn" or on the platform of your choice.

Lynn M. Griesemer combines her background in psychology, human resources, writing, speaking, leadership and sports to bring you a multi-faceted perspective. Happily married since 1985, she served as a Marriage Coach from 2010-2020 and hosted two podcasts over the years.

She's active on her Youtube Channel, "Marriage Coach Lynn," and specializes in topics pertinent to marriages of 25 years or more. She's currently focused on writing on marriage and childbirth.

Lynn homeschooled her six children from 1994-2016 and is a former Human Resources Manager and Army Officer. She has written books on public speaking, marriage and childbirth and is an internationally known author who is considered a leader/advocate of the controversial childbirth choice, "unassisted homebirth," (giving birth intentionally without a doctor or midwife).

She earned the highest award given by Toastmasters International, the Distinguished Toastmasters Medal (DTM), in 2006, after less than five years of membership. She designed “Speaking Made Easy: A Public Speaking Program for Middle School Students” and “Speak Up!: A Public Speaking Program for Young Adults” and served as the primary instructor to hundreds of children.

Community involvement and volunteerism are important to Lynn. She and her husband Bob have given presentations to over 1000 engaged people as volunteers for the Arlington Diocese's Conference for the Engaged Program (2005-2007). She also served as a volunteer counselor at Birthright of Charleston, South Carolina (Crisis Pregnancy Center).  When her children were young, Lynn was an active participant and leader in local homeschool organizations.

She enjoyed a four year stint as a volunteer at Cub Run Recreation Center in Northern Virginia from 2011-2015. As a health and fitness advocate, Lynn was an award-winning triathlete for a few short years, lost 50 pounds in 2006-2007 and has kept most of it off (with major struggles here and there). She enjoyed serving as Assistant Organizer for Northern Virginia Raw Food Meet-Up Group (2008-2012, 1000+ members) during her ultimate health phase. She enjoys excellent health and admits she would like to lose a few pesky pounds that insist on hanging around.

​"As a person who knows how to set and achieve goals, I feel I am an asset to the field of Marriage Coaching. I have advanced communication and interpersonal skills. I have the ability to help others challenge themselves. I am skilled in problem clarification, goal setting, developing action plans, helping clients implement plans, and ongoing evaluation. I help clients become doers, not reactors. Most of all, I am compassionate, creative and proficient at adapting to change."

Take Back Your Birth: Inspiration for Expectant Moms (2018)
Your Birth Matters (ebook series)
Your Body, Your Birth: Secrets for a Satisfying and Successful Birth (CD) (2007)
Unassisted Homebirth:  An Act of Love (1998)
The Birth of Your Dreams: How to Have a Successful  Birth Experience (2007, 2011)

You are invited to post a review of Lynn’s books. Your comments are  appreciated.